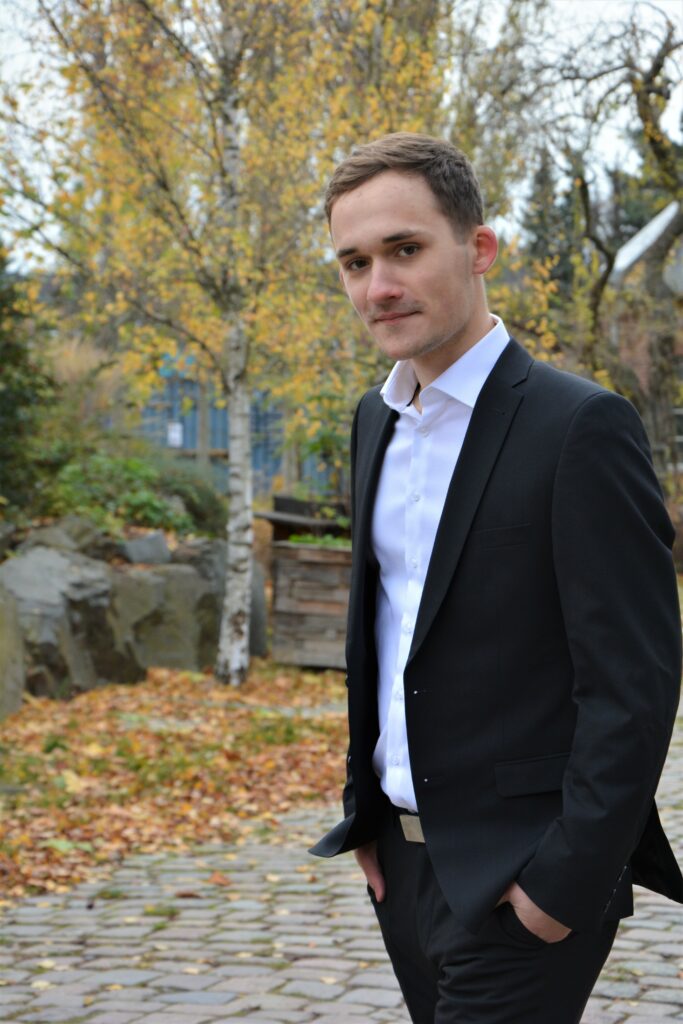 Yannick Wittmann works with adult’s, youth and children’s choirs of various profiles. In addition to directing his own choir Klangbeeth, he is one of the children’s choir directors of the Rundfunkchor Berlin‘s education programme SING! Further, he supports the chamber choir Vocantare as musical assistant.

He made his debut with the Rundfunkchor Berlin in May 2022, when he conducted the choir in a concert at the Berlin Philharmonie.

Yannick Wittmann is currently studying choral conducting in the Master’s programme at the Hochschule für Musik Hanns Eisler Berlin with Justin Doyle (principal conductor RIAS Kammerchor Berlin), for whom he works as a student assistant. During his studies he conducted the RIAS Kammerchor and worked out a concert programme with the Vocalconsort Berlin.

Prior to this, he completed a master’s degree in music and mathematics at the Universität der Künste Berlin in 2021, majoring in singing and choral conducting (Maike Bühle, Tobias Walenciak). Yannick Wittmann received further important impulses for working with choirs during a master class with Simon Halsey in 2019.

In June 2018, Yannick Wittmann conducted the world premiere of a piece by Ingmars Zemzaris with the Berliner Cappella. He also conducted in “Public Domain”, a piece by David Lang, which was performed under the overall direction of Simon Halsey at the Berlin Philharmonie.